Did Fisher-Price Know Of The Rock ‘N Play Sleeper Dangers?

Did Fisher-Price Know of the Dangers? 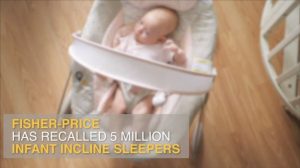 The Fisher-Price Rock ‘N Play has become synonymous with product recalls in recent months. The infant sleeper device has been linked to suffocation, injuries, and even fatalities. Since news of the product defect hit the mainstream, the Rock ‘N Play has been yanked for stores and websites like Amazon. Other similar products have also been pulled.

Defective Product Injuries always come with their own set of unfortunate circumstances. When infants are involved, though, it makes these injuries that much more devastating.  Small injuries are common in children – they may scratch themselves trying to pull out of their newborn mittens or take a tumble as they take their first steps. When a trusted brand is discovered to be dangerous, though, it can shake families to their core.

We assume the products we bring into our home have been tested for safety. Unfortunately, no medical safety tests were performed on the Fisher-Price Rock ‘N Play Sleeper before it hit the market. Over the span of a decade, the company would sell more than 4 million of the design. The Rock ‘N Play was a runaway success.

It wasn’t until product liability lawsuits were filed against the company that Fisher-Price decided to test their design. More than 30 babies died in accidents tied to the Rock ‘N Play before such tests could be launched. Other similar products have also been recalled for their dangerous designs.

The Rock ‘N Play Sleeper has been advertised as a way to peacefully put little ones to sleep. Instead, families discovered the inherent danger associated with the product – sometimes, they learned first hand.  The loss of a child is an unbearable experience that no parent should have to face, and yet, word has come out that dozens of families have suffered exactly this loss.

The American Academy of Pediatrics advises parents to put their babies to sleep face up in an empty crib to avoid accidental suffocation. Had Fisher-Price looked to these decades-old recommendations before putting their Rock ‘N Play on the market, countless lives might have been spared.